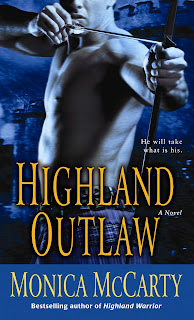 I guess I've taken a little unplanned vacation from the blog. I didn't realize how long it had been such I'd updated. I must admit Facebook is partially responsible. It's been less than a year since I started the page, and I can't believe how much easier it is than I thought it would be. I do plan to keep the blog, but I probably won't be posting as often as I had been, saving it for longer posts like today's.

One of the most consistent things about my writing process is that it always seems that when I'm starting a new book (started Highland Guard #7 last week), I suddenly get tons of idea for *future* books. My CP Jami Alden, and I laugh about it, but it's amazing how it happens. I'm not sure if it's because I'm thinking so hard about the current book that my mind gets in that mode, but it happened again last night.

I woke up at about 1 am wide awake, and one of the stories that I've wanted to write for a long time but has been eluding me, finally came to me. It's almost like a movie playing in my head, but when it happens it's pretty cool. Unfortunately, it's something I can't force.

One of the most frequently asked questions I get from readers is "When are you going to write Niall Lamont and Annie MacGregor's story?" The question even has it's own spot in the FAQs on my website.

There are really two reasons why I haven't written their story yet:
(1) My time is booked up for the foreseeable future with Highland Guard books
(2) I didn't have their story in my head

I originally intended to write their story after I finished the Campbell trilogy, but when the time came, I just didn't know how to tell it. I'd kind of written myself into a bind with them, and I couldn't figure out how to get them out and make it romantic. For those of you who haven't read the Campbell trilogy, Annie and Niall are secondary characters in the books. Annie was in love with Niall, but he wouldn't marry her (for various reasons). In the course of the trilogy, Annie is raped in retaliation by the Campbells. Knowing what happens drives Niall crazy with guilt, he realizes he's made a mistake, that he loves her, and tries to get her back, but she doesn't want anything to do with him.

Basically, it was the rape that was holding me back. It's such an important/delicate issue--one that I know will strike a difficult button for some readers--and I wanted to make sure I got it right and did their love story justice.

On a different topic, how many of you watched the Hatfields and the McCoys? We really enjoyed it. Talk about good insight into what a feuding clan looked like!
Posted by Monica McCarty at 12:44 PM