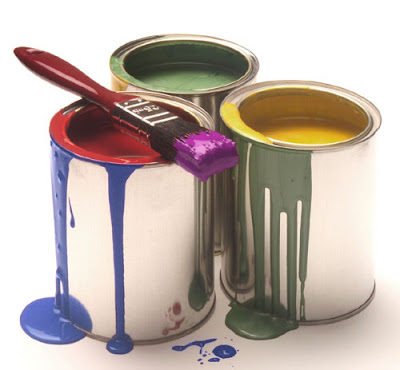 Summer, Painting, In-laws, and THE END!
That about summarizes what I've been up to. We finally have some nice weather around here and are getting a chance to enjoy the summer. Our typical "June gloom" in Nor Cal was pretty bad this year. Now that I've typed "THE END" on THE RANGER (yahoo!), I'm hoping to get out on the golf course and to the pool a bit more often. We've been painting the exterior of our house (boy did it need it, but talk about a very unglamorous way to spend money) and getting ready for a visit from my in-laws on Friday. Hopefully they'll get out of Houston before the hurricane hits.
We have a very fun, schmaltzy and old fashioned 4th of July parade where I live so that will be fun on Sunday. Other than that, I'm just gearing up for RomCon at the end of next week.
No big summer plans for us, a trip to Disneyland in August is about it. I'm heading to Scotland again in the fall so saving up for that. What are you guys up to? Anyone I can live vicariously through?
Posted by Monica McCarty at 7:08 PM

A new take on the bard
One of my friends (& cps) passed this on. This guy is a riot. My favorite line is about the pleated pants. There are a couple of others (Romeo and Juliet & Hamlet) that are pretty funny, too.
Hope you are all having a good week. I went to the US Open last Sunday and had a blast--got to see Tiger, Phil, et al--but otherwise it's been the computer grindstone for me. :) The end, however, is in sight.
Posted by Monica McCarty at 9:25 AM 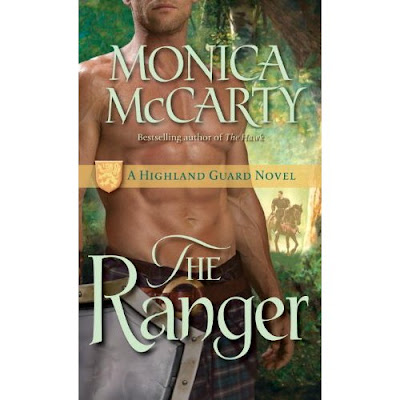 Amazon is too Fast!
I wanted to wait until my next website update in early July for the big reveal of my new cover for THE RANGER, but since it's already up on Amazon, I guess the "surprise" factor is gone. So here it is, what do you guys think?
I'm in love. Sigh. Once again the art department at Ballantine has outdone themselves. I feel like it is getting almost embarrassing how blessed I've been by the "Cover Gods." Not that I'm complaining, believe me!
A quick scroll down the page will probably tell you why I'm even more thrilled with this one than usual. Does this cover model look like Andy Whitfield or what?!?
Hope you all are having a good start to the summer. One more week of school for my kids, which, since I have a July 1st deadline looming, is a good thing.
Posted by Monica McCarty at 2:29 PM 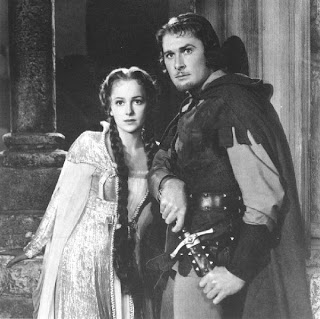 Robin Hood Burnout?
Hope you guys had a great holiday weekend. Despite having to work for much of it, I managed to squeeze in a little golf and a couple of movies--one of which was the new Robin Hood movie starring Russell Crowe. Now, I have to admit I'm a Russell Crowe fangirl. I know he's a bit of a hothead and a guy's guy "bloke," but there's something about him (and he looks pretty snazzy in the costume--not quite as good as he did in Gladiator, but close :)). 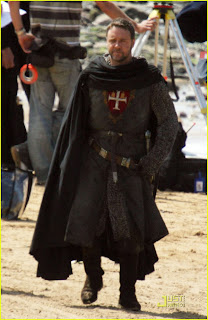 The movie was MUCH better than I was expecting. The reviews I read were fairly lukewarm, saying it was dark and depressing, which I don't get. Compared to the Errol Flynn version maybe, but it's a really unfair comparison as they are completely different takes on the story. The Crowe version is gritty and has a real accurate feel. Of course, it helps that it's about a hundred years before the time period of my Highland Guard series so I'm totally lapping it up. The story itself was really intriguing, and the love story with Marion was exceptionally well done. I'd heard some negative things about her character being too serious, etc., but overall I thought she was great. I had one quibble with her character at the end (going back to what we talked about a few weeks ago with the attempt to make women into superheroes), but otherwise great.
I get the feeling that it's been a bit of a disappointment at the box office though, and I'm wondering whether people just aren't eager to see another remake? Have any of you seen it? Are you interested/not interested? Do you have a favorite version of the story? I love the old BBC series, but my sentimental favorite is the Errol Flynn/Olivia DeHaviland version. I just love him.
Posted by Monica McCarty at 6:38 PM