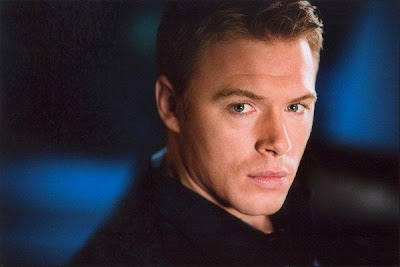 The Red-Headed Hero
An interesting discussion on Twitter (is that what you call it?) came up a few weeks ago about the article in the paper stating that red-headed sperm donors were no longer needed--not enough demand. Now, as a mother of a red-headed girl, I can tell you that I LOVE my red-head and am very jealous of her hair. But I must admit, it's almost always the first thing people comment on when they see her.
We started going back and forth a little about whether red-headed guys were "hot." We came up with a short list of actors: Kevin McKidd, Max Martini, Damian Lewis, and a couple others.
I must admit, I've never contemplated doing a red-headed hero. I'm not sure why, but I've probably steered away partly because of fear that readers wouldn't like it. About the closest I got was Jamie Campbell, who had dark brown hair with some lingering red/auburn from boyhood.
But I do think there are some "hot" red-headed guys. The guys listed above, and my new discovery the guy who plays Mike on Homeland (Diego Klattenhoff) pictured above.
So what about you...what would you think if you read the back of the book and it said the hero had red hair. Would you put it down? Be honest, and I promise no stones will be thrown and no names taken, LOL.
Posted by Monica McCarty at 5:37 PM